Crappie show slow on the Ouachita

The turnout was extremely low, the weather was hot and the big crappie didn’t want to bite. But at the end of three days of hard fishing in the Ouachita River Bracket Showdown this past weekend, Texas fishermen Jordan Sanders and Jason Holleman didn’t care.

They bested the 28-team field to win $10,000. The Mississippi team of Hayden and Dan Jeffries were second. Other teams besides the top ten were eliminated before Saturday’s final round. On the final day, every team’s weight went back to zero for a best-of-seven-fish battle.

The tournament was brought to our area through the promotional efforts of the Monroe-West Monroe Convention and Visitors Bureau.

Keaton and Les Standstipher got the second biggest check, a $2,000 award for biggest fish of the tournament, and a fourth place finish.

The tournament was originally promoted as a $15,000 prize for the winner based on 100 boats, but the desired entry fell far short. A large group of the “teams” also included just one fisherman. Summer fishing on the river is tough and with the drought we’ve been having, it seemed even tougher. The Top Ten are listed below. Sorry, I don’t know where they are all from. Crappie Masters does not supply the names of anglers’ hometowns. 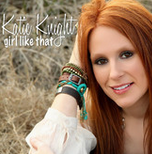 It's a fact! Fishermen who view this site regularly catch 87% more BIG FISH!!!