The American Crappie Trail is set to hold its second tournament of the 2018 season at Ross Barnett Reservoir in Ridgeland, Mississippi on April 20 & 21, 2018. That’s just a two-hour drive from Lake D’Arbonne Country.

The lake is officially off limits to fishermen who will compete in the tournament, but if you haven’t fished on the lake during the off-limits time, you can still register for the event. You can still sign up until Sunday, April 15th if you want in on the action! Sign up online or call 317-646-4532.

“The ACT is the highest paying and most prestigious crappie fishing trail in America. Our first tournament of they year we saw teams of anglers from over 15 states,” says ACT co-founder Matt Morgan. “From a fresh and innovative format that includes TV show that airs on Pursuit, Fox Sports Midwest, Fox Sports South, live production weigh in, drive through weigh in, a Ranger Boat at every tournament to the winners, and over 100% payout,” says Morgan. “Our events are open to anyone from the first-time tournament angler to the experienced.  With this new format comes new rules. 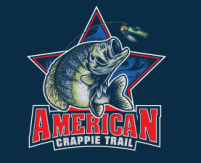 Several local and area teams will be hitting Ross Barnett just outside of Jackson in an attempt to secure tournament winnings and important points for the ACT National Championship which will be held on D’Arbonne early in 2019. Lakedarbonnelife.com will be bringing you results from the event.

And here’s the biggie for local fishermen:  The next ACT tournament will be held on the Ouachita River out of Monroe this summer on June 22-23. With all the high water this spring and a later spring, the river should be getting just right for some fabulous fishing about that time.

Make sure to check out the ACT rules at http://www.americancrappietrail.com/rules/.

Bringing ACT events to areas like Ridgeland and Farmerville  have a significant economic impact in the local economy for this 2-day event. Most teams will make multiple trips to the lake prior to the event.  ACT is working with anglers in the community and sponsors to develop conservation minded trail to promote crappie fishing in areas where the tour stops for tournaments.

You can read all about the ACT and their first tournament of 2018 in the American Crappie Trail Magazine online. You can find it here:

« What are those guys fishing for?
Yes, we have no bananas »