Two days on the Ouachita 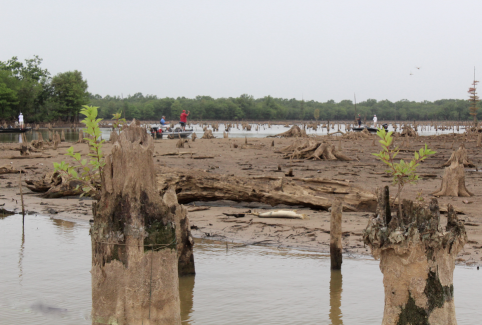 I was blessed with two great days of fishing and sightseeing this week on the Ouachita River and Bayou D’Arbonne along with my son, Adam, and Nick Young of Farmerville.

By the way, if you’ve been needing rain around the Sterlington area to north Monroe or around D’Arbonne Bayou south, you can thank us. It hasn’t rained much in what seems like three months, but Adam apparently brought the rain up from Baton Rouge. Nick guides on Lake D’Arbonne. We got soaked both days by heavy rains, but it didn’t dampen our fishing fun. As for the rain, you’re welcome.

We had two goals in mind — catching some fish and exploring the extremely low river and its tributaries this week. The river system has been dropped four feet below pool stage in Monroe for repairs at the Columbia Lock and Dam. The river hasn’t been this low since the early 1970’s. 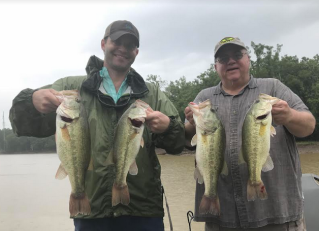 First of all, let’s talk fishing. We caught some absolutely beautiful Ouachita River bass in several locations. The fish have been biting and it’s obviously a lot easier to locate them than when the river system is full. But the bad thing is that fishing pressure on areas that can be reached is apt to shut them off much more easily than usual. The crappie had been biting, but the best days for fishing them is when it’s sunny and they draw close to the cover. We didn’t have any sun on our two days, except off in the distance…

We caught some nice bass up Bayou D’Arbonne and in the river. The water in the bayou was just stabilizing a bit after the sudden drop, but the rains and a lot of boat traffic is making it a bit muddy again. The crazy thing about the bayou right now is that all the fish are piled in the channel. Crappie, bass, gar, goo, buffalo, bream, catfish. You can’t troll a jig across the channel without hooking something. If you try and drop a shiner in, a gar will probably grab it before you even hear the splash of your bait. The depth finder lights up like a Christmas tree as you ride along the channel. It kind of looks like Black Friday at the fish mall. By the way, it’s pretty exciting to watch a five-foot gar jump all the way out of the water with your crank bait hanging from his toothy, long snout as he tries to take your rod and reel away from you. Never been so glad to lose a fish in my life! And I’ve never seen a four-pound catfish hit a spinnerbait.

The word has been getting out that fishing is good, so it is quite busy up the bayou and in the first few miles around the river near Joe Bob’s. That landing is the only one open on the entire pool between Columbia and Felsenthal. 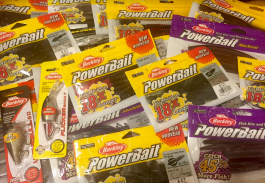 Fishing/Berkley sent me last week. We put the plastic baits like Power Jerk Shad, Change Up, The General and Pit Boss Jr. to work and caught fish on all them. The black and blue Pitt Boss seemed to be the favorite on this day. The fish are also hitting crank baits like the Flicker Shad 7.

I can’t put all my observations about the river in one writeup or you would have to have lunch brought in. But in a nutshell, in areas like Bayou D’Arbonne it’s scary out there. The actual bayou is probably easier to run than ever before because the only water in the bayou is in the main channel. But when you look to the sides and see the massive concrete-hard century old cypress and Tupelo gum stumps, it makes you shiver a bit. Especially when you know you’ve seen hundreds of boaters shoot right over them in the past when they thought they were in open water.

You can’t run all the way up D’Arbonne to the spillway. It’s usually tricky. But now there are a couple of places where it’s too shallow or logs and debris have it blocked. I’m just hoping the flow of water doesn’t get cut off totally. That would not be good. 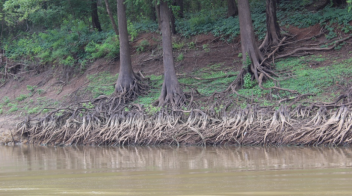 The oxygen level in the water is apparently low because the gar and buffalo are rolling constantly. Many times when you try to run a crank bait, you feel the bait hit more fish than fish hit it. Several of the smaller bass had all kind of gar-toot marks on them in the battle for survival of the fittest. There are areas where water has been cut off into smaller pools. We did see a few dead fish in some of those areas. We smelled more in areas that we couldn’t see. I will say this, life is good for the raccoons and buzzards.

The Ouachita River itself has actually cleared up and is stable. It doesn’t look a lot different there, except there is more bank, more sandbar and more structure exposed. And many of the river lakes and drains are either cut off from the actual river or the water is too shallow to access them. There is still some floating debris in the river, too, so if you go there, but extra cautious.

In a nutshell, it’s just strange.

It’s beautiful. You can still catch fish. But it’s strange.   I wish I could tell you more about the duration of this or what else is going on. But the Corps of Engineers has not been very forthcoming with information about this event other that to say there’s a drawdown and the ramps are all closed. I don’t know if any effort has been made to coordinate with other agencies on the fishery aspect, like the LDWF of USFWS, but there should be. And it would be nice to be told.

Other than that, we’ll just have to wait and see, hope the repairs get done expediently and that there isn’t any long-term damage to the fisheries in this important waterway system. 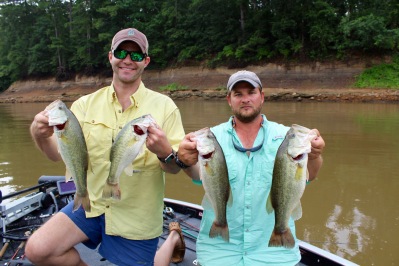 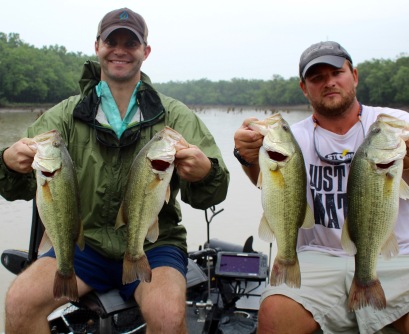