No more ducks. No more Dynasty 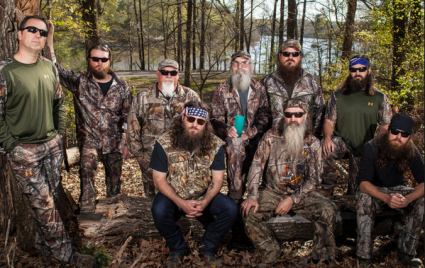 We interrupt crappie fishing season to bring you something that does not make me happy, happy, happy.

The popular Louisiana reality show, Duck Dynasty will air its last episode on A&E Wednesday night, March 29, at 8 p.m.  It’s been five years since the first one aired in March of 2012. Maybe it was time to quit. It’s been a good run. And Hey, Jack — even Si knows when to quit, and he does just that, retiring from Duck Commander with a big shindig as part of this final episode.

Wow. The mealy mouthed critics have plenty to say about the show’s ratings going down, controversial subjects not fitting today’s “mainstream” and the fact that no sitcom goes on forever. The viewers — millions of them (millions more than anyone would have ever guessed, too) have loved the show like no other. And I gotta tell you, even though the show will be gone,

what this West Monroe family has done will last a long, long time. And the impact on this area will never fully be recorded because it’s bigger than most know.

The show was a breath of fresh air for family values and Christian faith in this country, especially considering the general direction of television today. That’s why it was so popular with regular people and such a target for the haters. It never affected the solid ground the Robertsons stand on, though.

We haven’t seen the last of the Robertson gang I’m sure, but anything done beyond the original show will not be able to top the original series. But I hope they give it a try.

Thanks, Duck Dynasty guys and gals. It’s been a good run! You done good.

And I’ll let Si have the last word today:

“America, everybody is in too big a rush. Lay back, take a sip of tea, mow a little grass. Then if you get tired, take a nap.”

« ACT brings big week to the ‘Bone
Time to get your Crappie on! »