The spillway at Toledo Bend

Unbelievable. It’s still bad everywhere. The floods have affected so many people; so many communities. And the recovery hasn’t even started yet. Area lakes and rivers have not seen this kind of statewide flooding since 1991. Maybe not even then. From Shreveport to Mer Rouge across the north. Floodwaters have covered homes and businesses that have never been threatened before. Lakes and rivers have swollen to scary levels.

Perhaps the most scary state waterbody is 190,000 acre Toledo Bend, where the water crept dangerously close to topping the levee at the lake’s massive spillway. A breach there would be catastrophic all the way to the Gulf of Mexico. It looks like we are safe from that now, but the levee is still saturated. Side effects of the flooding hit near home on Caney Lake  at the popular Brown’s Landing. As floodwaters covered the area, the store caught fire and burned. This landmark of the big fish lake is gone.

Here are just a few of the things happening in our state. We mentioned Toledo Bend earlier.  This massive lake was at 168 feet just a month ago. It’s hard to imagine a six foot rise on a lake that big. Toledo has dropped some, down to 172.33. It crested at a record high of 174.5 late last week. Before that the highest the lake had ever reached was 173.95.

Browns Landing at the big bass capital of Louisiana, Caney Lake, burns down 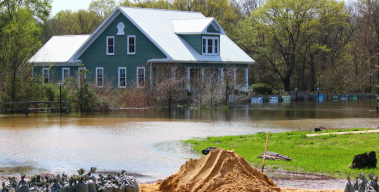 The historic Visitor’s Center at Black Bayou NWR was surrounded by water, but spared thanks to a team of sandbagging volunteers. Many refuge landmarks went under.

The Port of Bistineau baitshop became a port in Lake Bistineau. Flooding  was extensive.

The road to the luxury cabins at Chemin-A-Haut State Park. The cabins and park took on water from Bayou Bartholomew

Hundreds of camps, homes, boathouses and other properties went under on Claiborne 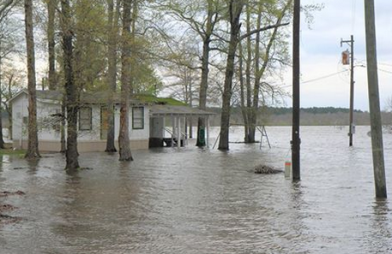 Lake Mer Rouge, now the largest lake in Louisiana. Our farmers in the Delta have been hard hit. Sadly, this goes on all the way from Mer Rouge to Oak Grove.

Keep everyone affected by this in your prayers. Be patient and continue to be helpful to one another.