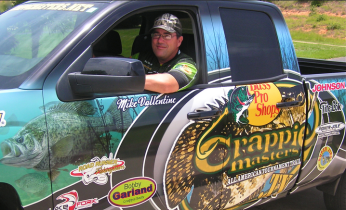 I bet your favorite crappie fisherman would like to send this note to Santa:

Dear Santa, I would really like to have my entry fee paid to fish in the 2016 Crappie Masters Louisiana State Championship crappie tournament on Lake D’Arbonne coming Feb. 26 & 27! The entry fee isn’t cheap, but all the money goes back to the tournament winners and I’m sure I could at least win my money back. Plus, I would get bragging rights over all those other crappie fishermen for a whole year.

That would sure be a good Christmas present! The entry fee for the two-day event is $325, but split two ways per two-man team, it is only $162.50 each, or actually only $81.25 per day each! Heck, you can’t even buy a good 12-foot graphite crappie pole and reel for that. (Yes, this is common core math logic the way only a crappie fisherman could do it!)

Seriously, this tournament is a big deal to our whole region. The folks on the Union Parish Tourist Commission, the City of Farmerville, The Union Parish Police Jury, Union Chamber, Lincoln Tourist Commission and others realize that and they are putting up the money to bring the event here. It not only brings people in from all over the country for pre-fishing and the tournament itself,  the PR value for the lake and area is bigger than a four-pound crappie.

The tournament will have all kinds of special events, including kids fishing activities. TV personality Karl Kalonka, who has done several shows on the lake, will also be here filming a special “tournament within the tournament” show with some of the Duck Commander guys. That will include defending champs Jay Stone and John Godwin. All of these guys are sponsored by B’n’M Fishing and the popular Duck Commander crappie rod series. 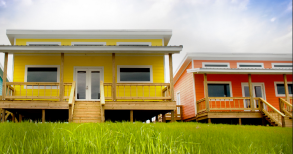 This year is the first ever Louisiana State Championship and that should bring in more people from around Louisiana. Mark your calendar and plan on attending the weigh in, which is scheduled for the new D’Arbonne Pointe Resort on the lake. And for you fishermen planning on attending, check out their cabins and the 32  full-service RV sites,  a protected wood deck around the Pointe to pull your boat up to, gas on the lake and you’ll be right in the center of the action. Of course, we’ll cover all the action on lakedarbonnelife.com

“We are excited to be coming back to D’Arbonne again,” said Crappie Masters President Mike Vallentine. “We had a great one-day tournament here last year. With this one being two days and only on Lake D’Arbonne and being the state championship, it will only be bigger and better.”

“We have guys who travel around the country fishing in our tournaments, but most of the time, it is the local guys who usually win the big prizes in our events,” Vallentine said. “We want people in northeast Louisiana to understand that this is for everybody. Local fishermen are certainly welcome and are expected to make a good showing in our events.”

The fact is, 60% of the Crappie Masters tournaments are won by locals. Just like the tournament was here last year.

One final note to Santa, in case you want to give someone an on-line registration for the event, here’s the link: